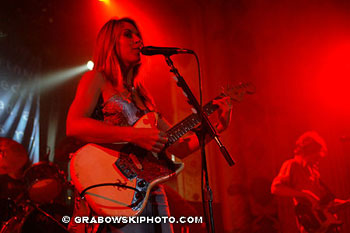 Liz Phair is a Grammy-nominated singer songwriter whose debut album, Exile In Guyville, is considered by music critics to be a landmark of indie rock. She has been a recording artist and touring performer for twenty-five years, paving the way for countless music artists, particularly women, who count her among their major influences. Her deeply clever and often brutally candid songs have been garnering critical praise since she began her career in the early 1990s. This year, saw the release of her critically acclaimed memoir, Horror Stories. in their review, NPR said, there are so many things to admire about Horror Stories, its hard to list them all. But the real star of Horror Stories is Phairs elegant but unpretentious writing, which proves shes as adept at writing prose as she is at writing songs. And anyone familiar with her music knows how great a thing that is.