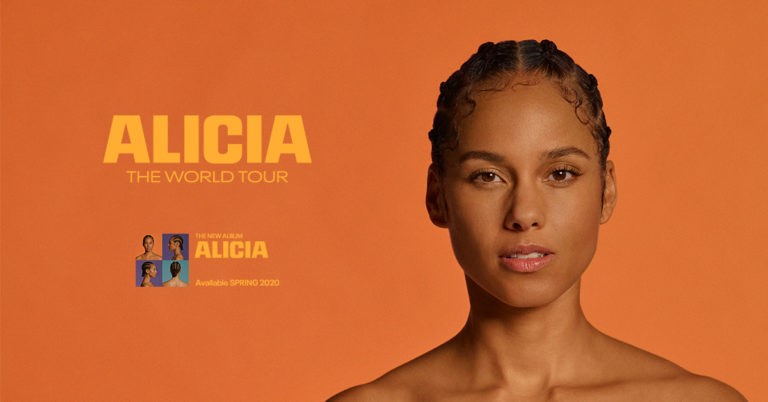 Alicia Keys's artistic light is so bright it could illuminate a pitch-black room. A true musical prodigy whose multi-dimensional gifts emerged at age five, the beautiful Alicia will soon take modern R&B soul to a whole new level at the tender age of nineteen. Born aware of her old soul yet living in New Yorks inner city amidst the dominance of Biggie and Jay Z, Alicias natural talents blossomed into a rare mix of hip-hop flavor and insightful, wise-beyond-her-years songwriting. Coupling this with the singer's spine-tingling vocal power, positively stirring live performances and expertise as a classically trained pianist, Alicia Keys could be this generation's Roberta Flack.

Highly sought-after by record labels that held good, old-fashioned bidding wars in her honor, Alicia signed to Arista Records in 1998. There, in the spirit of a genius like D'Angelo or Prince, she continued the process of writing, producing and recording the debut shed begun penning at age 14.

In late 1999, Alicia followed Clive Davis to his new J Records where she continues to chart her arrival to the music world. Creations now rising out of the studio show signs of both a critical and commercial monster - a deep, melodic, soulful gem of an album that showcases Alicia in all her universal glory. Though most of the album- including the luminous "Fallin'" and the moving "Troubles" - was written and produced by Alicia Keys, the artist collaborates with Jermaine Dupri on "Girlfriend" and with Isaac Hayes on "Rock Wit U" from the Shaft soundtrack. Her debut album, Songs in A Minor, is set for release on J Records in late June.

Born and raised in Manhattan, the stunning, bi-racial Alicia Keys recognizes a number of influences including her ultra-supportive mother who told her "You can quit anything else but you can never give up on your piano lessons." Alicia also sites a teacher at the Professional Performance Arts School in Manhattan who, while she was majoring in Choir, gave her valuable instruction on her voice. "This teacher spent so much time with me, she became the closest thing to vocal training I received," Alicia recalls.

At age 16, Alicia's outstanding grades allowed her to finish high school early. "I was so deeply involved in music, I had already outgrown all the pressure of high school cliques and gossip." Right out of high school, Columbia University accepted Alicia Keys and though she gave it a whirl, the desire to focus on music was the driving force over all else.